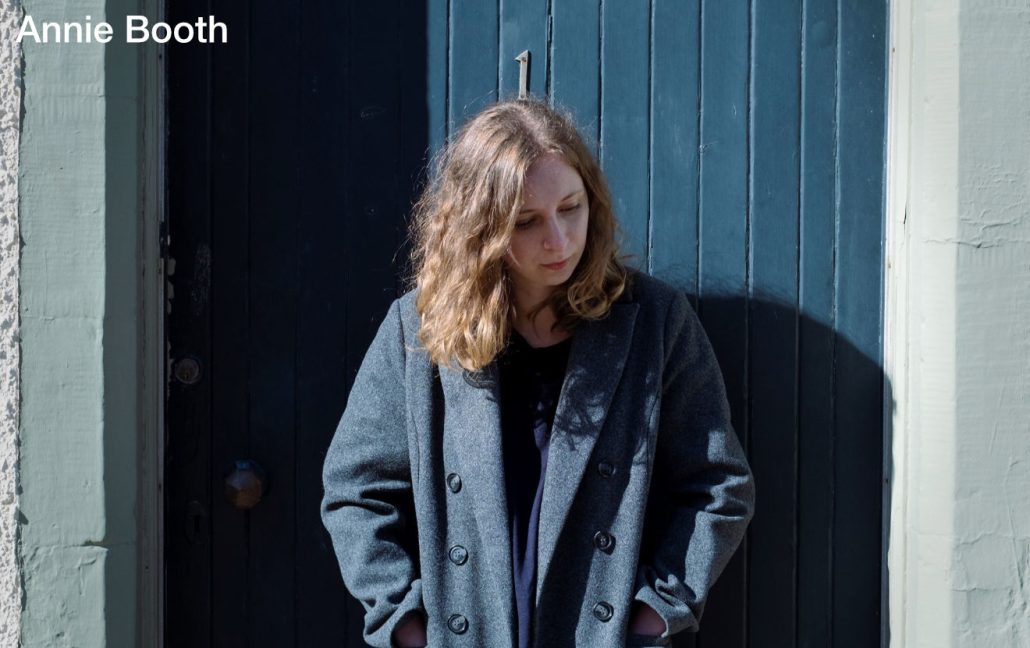 It was especially meaningful for us to make the Fresh Faves with “Let love” after submitting it to the Fresh on the Net Inbox on the second anniversary of Cathy Roberts’ death. It’s her voice you hear at the end of the track. “For the first two minutes, Let Love is just singer Ming’s vocals […] 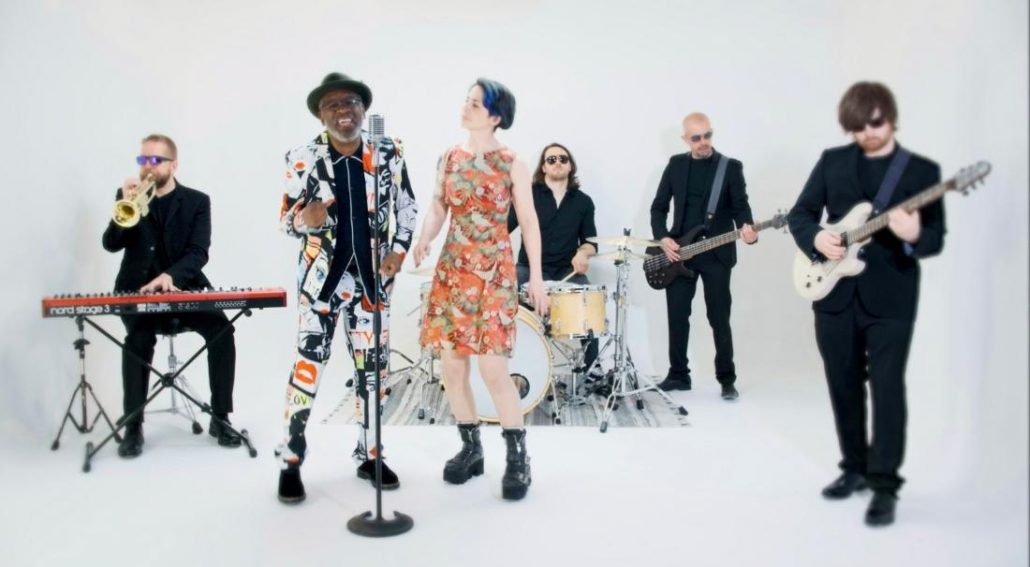 We’re releasing our new video for “Shake These Trees” on Juneteenth 2021. The incendiary but eminently danceable track features The Specials’ founding member and guitarist, Lynval Golding, on guest vocals. His presence adds texture and authenticity to the line, “I can’t breathe”, which was written shortly before the murder of George Floyd in 2020, and […] 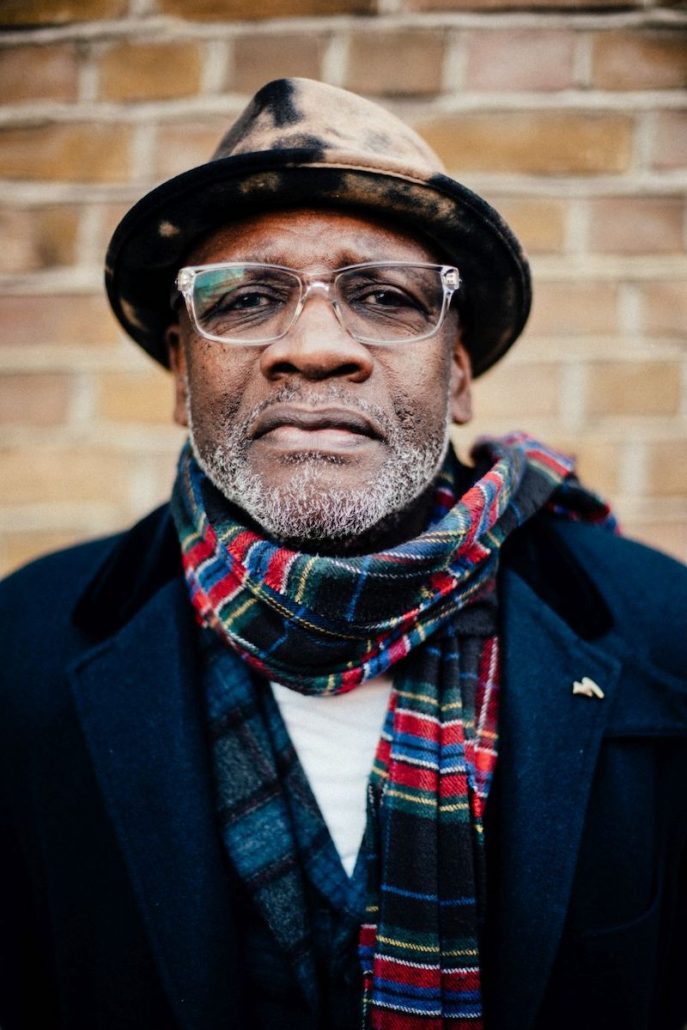 “Jon sent me the track and as soon as I heard it I loved it and wanted to be involved. I loved their previous album but this is a real step up. It was so good to work with Ming although we were never in the studio together. She sent over the guide vocals and […]

If This Is the End | Our Album’s Special Guests 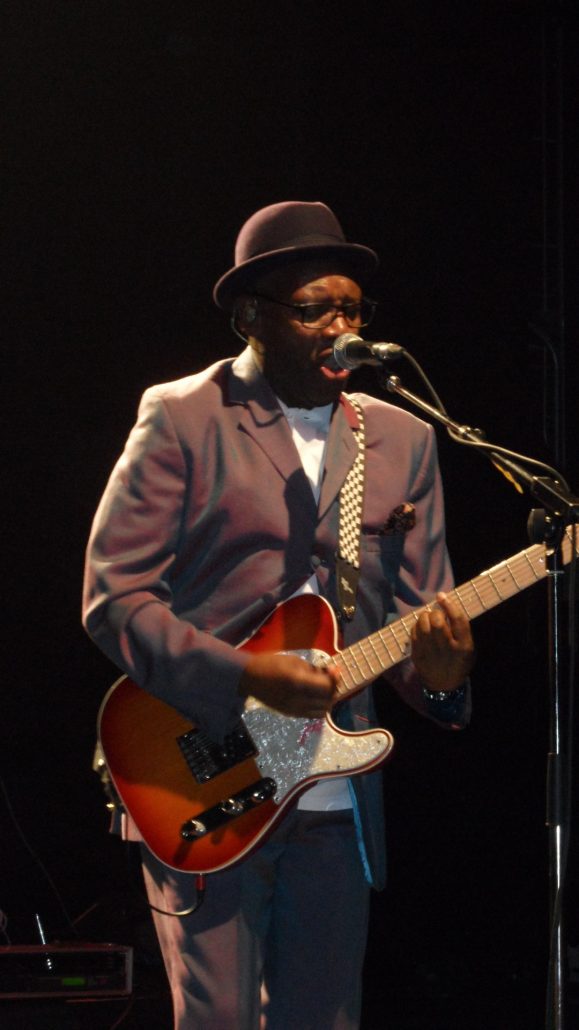 Over the past few weeks, Jon has introduced our 11 very special recording guests via Facebook and other social media.   “We thought we’d introduce the guests on the new album as we progress to the mixing process.   “First up is Dave Tidmarsh, although to say he’s a guest is an understatement, he has […]

Fresh on the Net Fresh Faves | “I name my mind…” 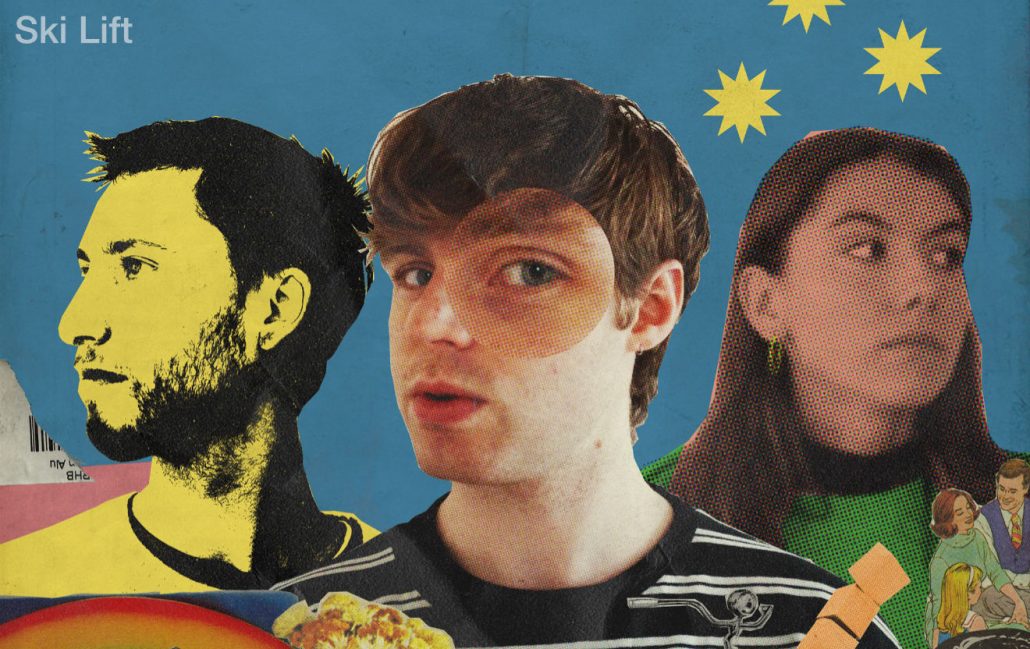 We were delighted to make it onto Fresh on the Net’s Listening Post and then Fresh Faves with the track “I name my mind and throw it treats, hoping it becomes tractable”. “You don’t have to listen to the lyrics of a track — some lyrics wash over you, unnoticed — but this track demands […] 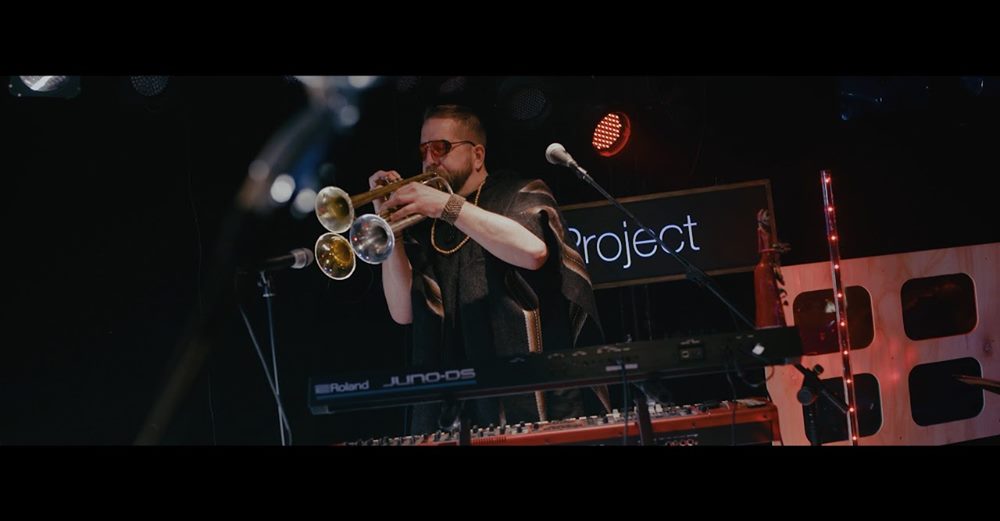 A big thank you to Neil March for premiering our video for “Laissons cela entre nous” on Trust The Doc TV You can check out the video and interview with Ming and Jamie on Upstream Ed. 18, and the video is also now available on our YouTube channel. 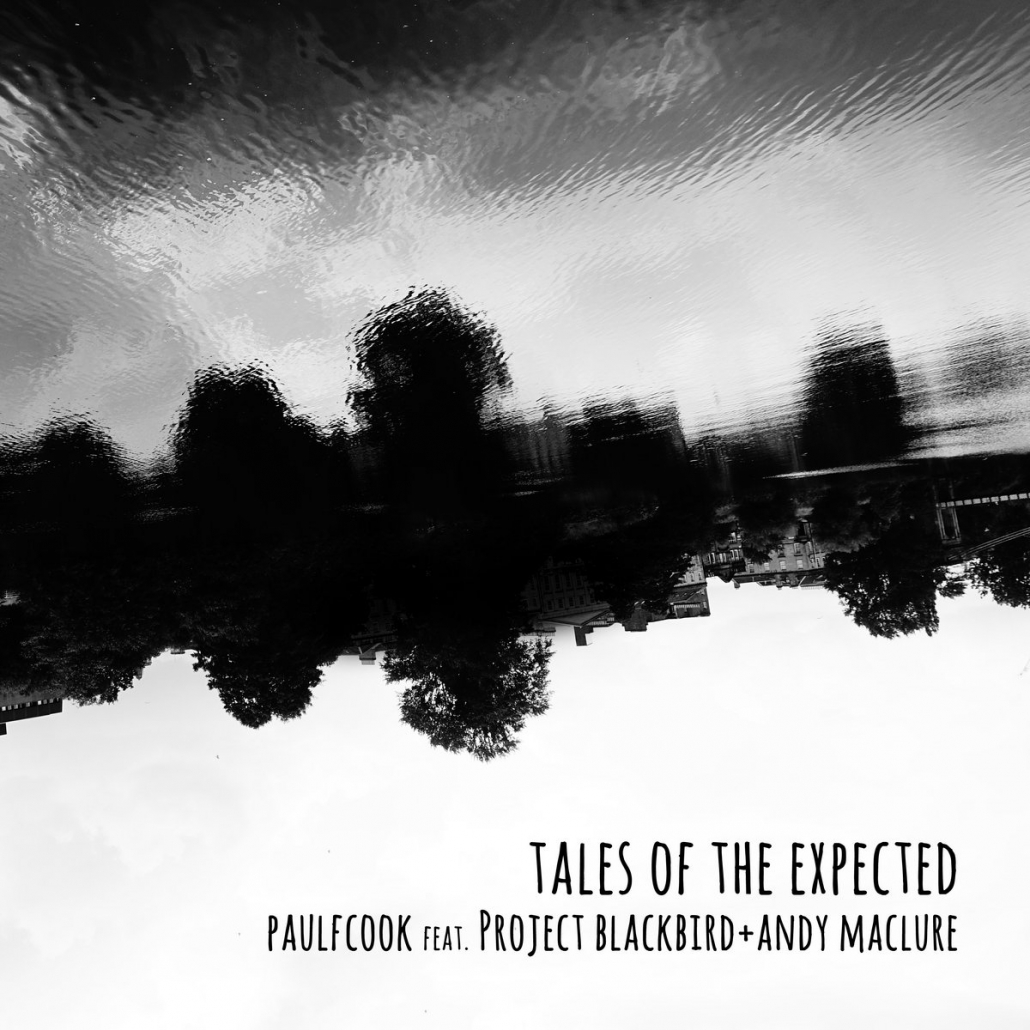 We’re incredibly pleased and proud to announce the release of a collaborative track orchestrated by paulfcook, “Tales of the Expected“, which is available on Paul’s Bandcamp site from October 24th. It was, erm, quite some time ago that Paul approached Ming and Jon to ask if we could put down lyrics/vocals and flugelhorn, respectively, […] 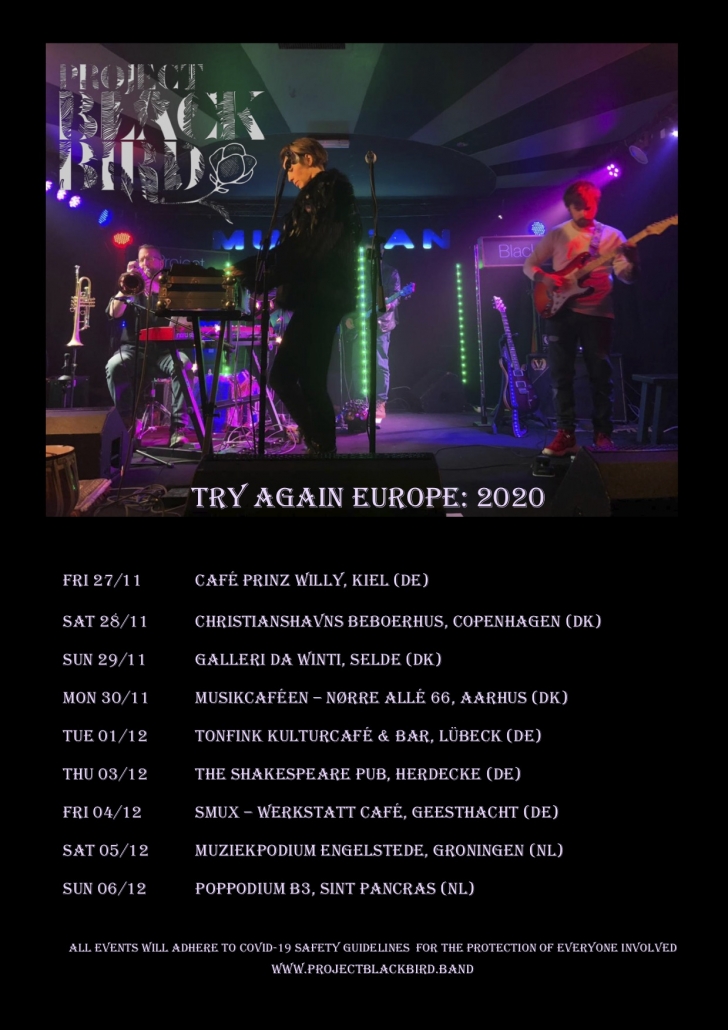 What strange, unsettling times these have been and continue to be. Special thanks to Jon and the Dutch, German, and Danish venues below, who have worked hard in partnership to come up with our revised European tour dates.  Stay safe everyone; be thoughtful and considerate of others; keep music in your hearts.  We hope to […] 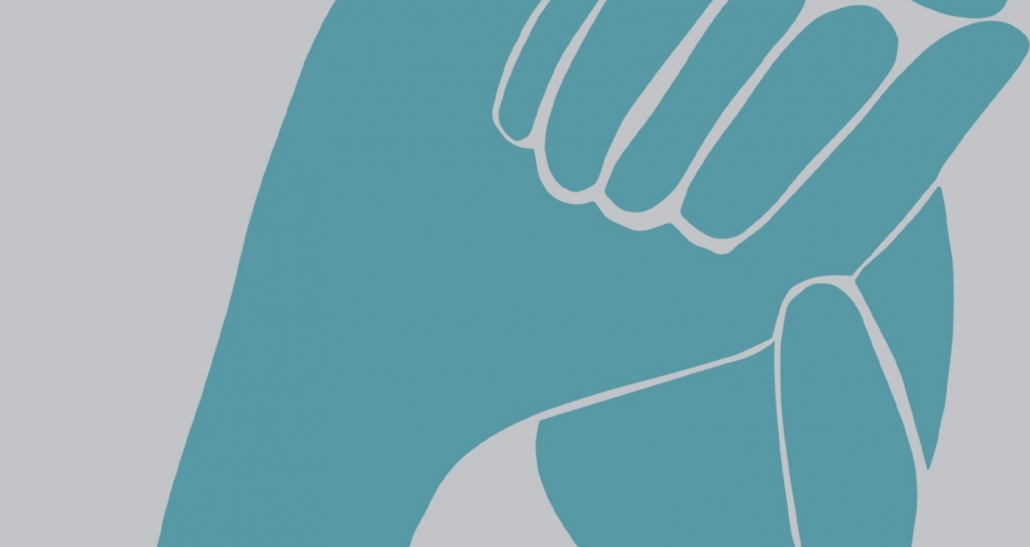 UPDATE: Thank you so much to those who supported our Juneteenth fundraiser. As a result of your generous purchases, we have just donated $475.19 to the NAACP Legal Defense Fund (alongside all Bandcamp fees which will have gone to the same organisation) and £400 + Gift Aid to The Runnymede Trust. Kudos to Bandcamp for […]

The tour that should have been: 50% off sale 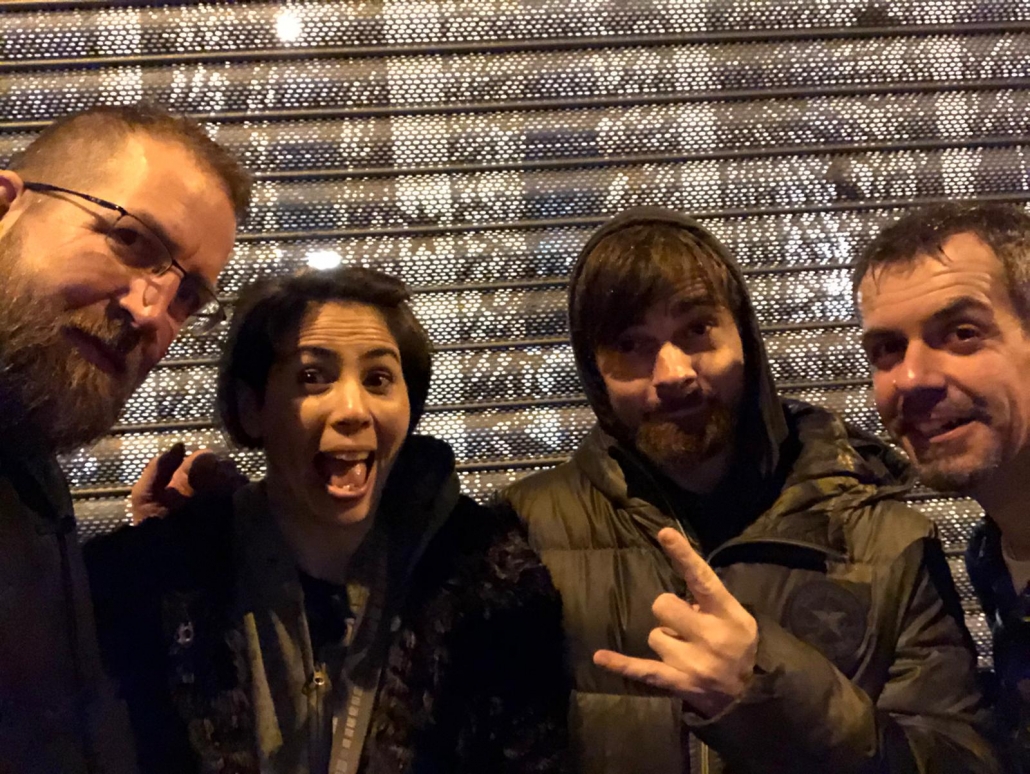 Merch Ado About Nothing 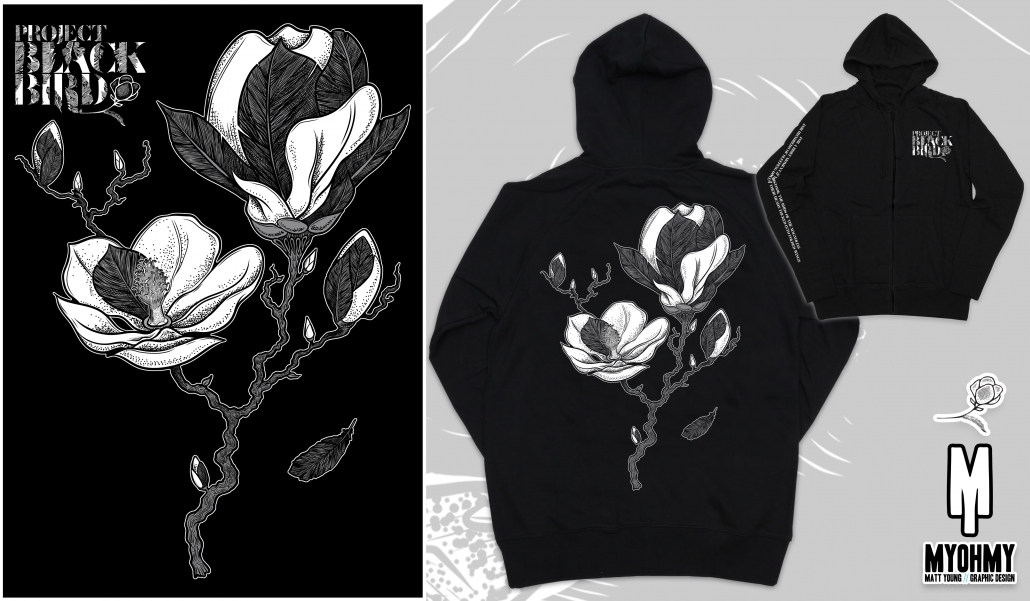 MERCHANDISE IS HERE! We’re delighted to officially reveal the band logo and four exclusive, song-influenced designs created in collaboration with the amazing Matt Young of Myohmy Design / Matt Young Design & Illustration and screen-printed or embroidered at the awesome Uninvited in Leicester. Now, in addition to our digital album, CDs, and 12″ double vinyl, we’ve got: […]

Into the Wilderness Tour 2019 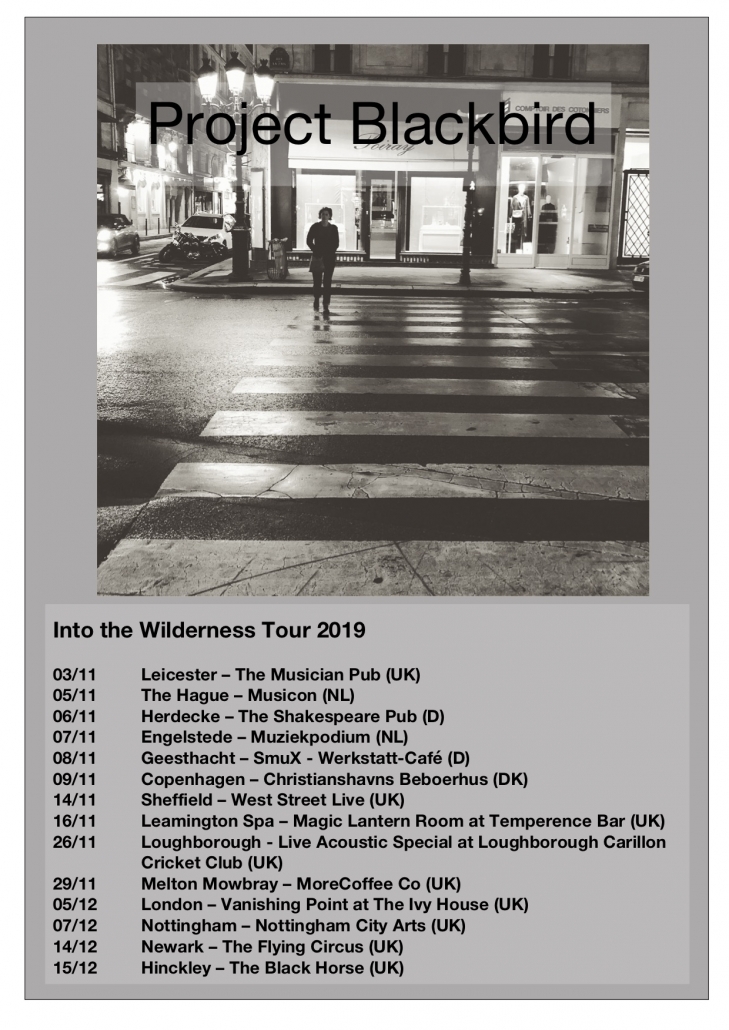 Into the Wilderness Tour 2019 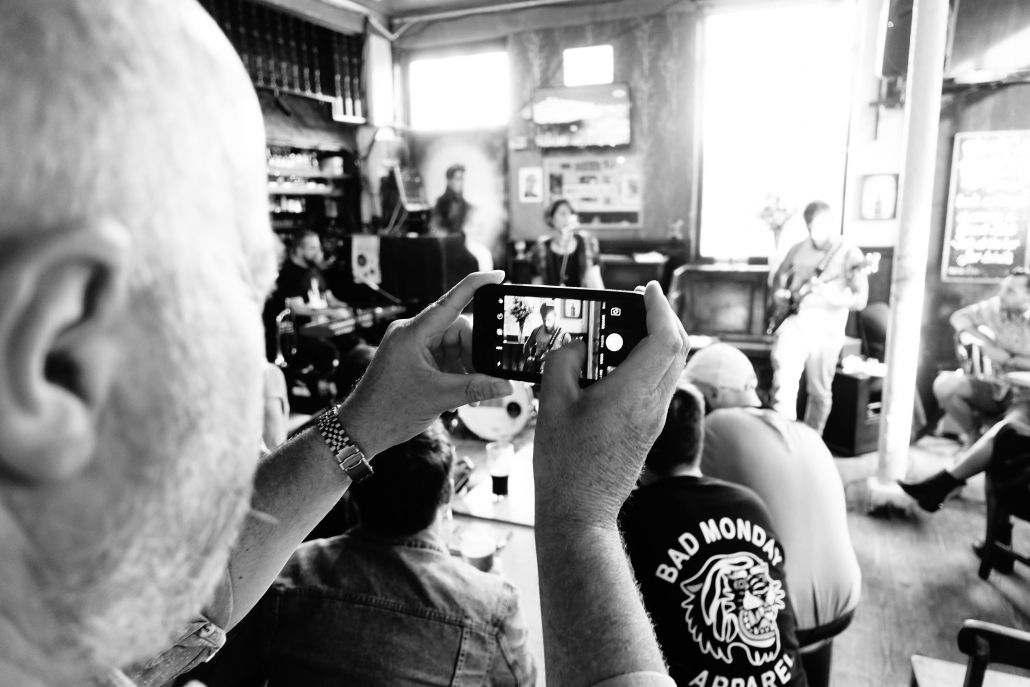 A last-minute cancellation meant that Jon, Alan, and I were pulled in to perform at the first ever Fresh on the Net Live festival in North London, jointly hosted by Jackson’s Lane Arts Centre and The Boogaloo, and curated and organised by the wonderful Neil March (Fresh on the Net, Trust the Doc, Demerara Records, […]

We’re really pleased to have made it onto Trust The Doc’s, a.k.a. Neil March, latest playlist.  Neil writes, “The Trust The Doc New Music Playlist is a Spotify playlist that is played between the live acts at Demerara Records live events including #VanishingPoint @ The Ivy House. Its purpose is to mix a lesser number […]

Thank you to TGC Music Reviews for their excellent recent review of the album Endurance.  One notable quote to pull out and place in the display cabinet is “a bit like Enigma, but not sh*t, and fronted by Sade“…but that pithy soundbite isn’t necessarily representative of the tone of the piece.  I’ve tried unsuccessfully to […]

Welcome to our world 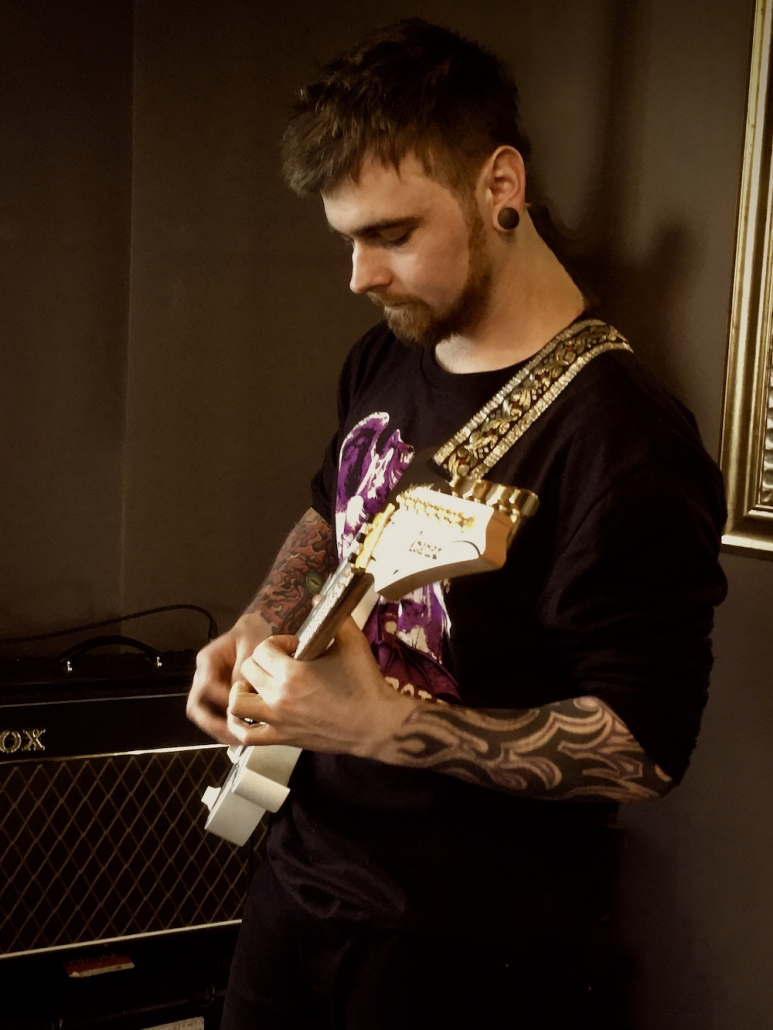 The future is bright and casts a guitar-shaped shadow.  Welcome, Alan Roberts…. 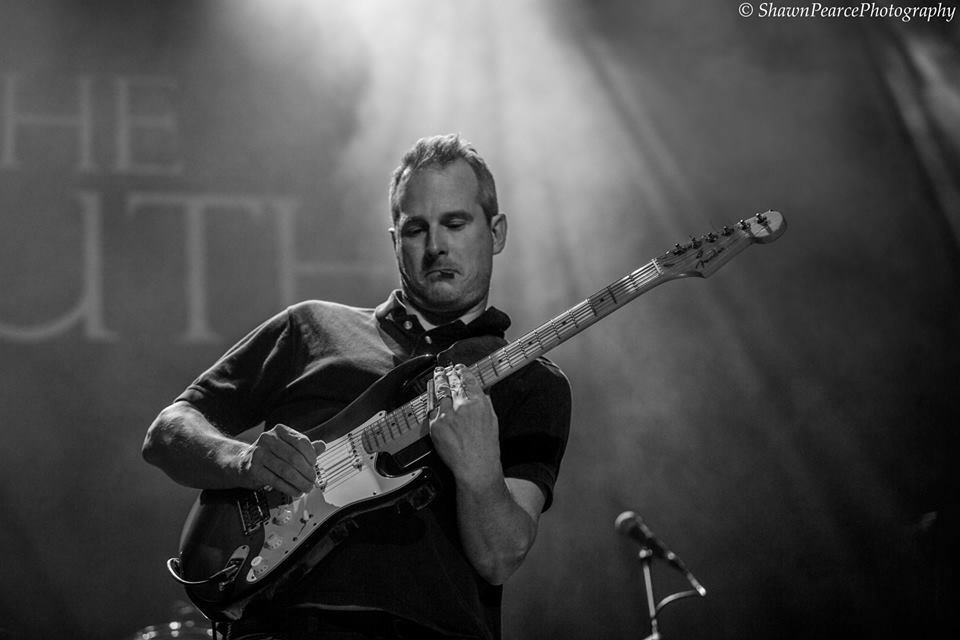 It is with real sadness and great love that we’re announcing the April 7th, 2019 gig at The Musician as Thure’s final stage appearance with Project Blackbird. After five years and two albums of shared music-making, he has decided to refocus his energies and considerable talents on other endeavours. Ming, Jon, Styx, and Jamie will […] 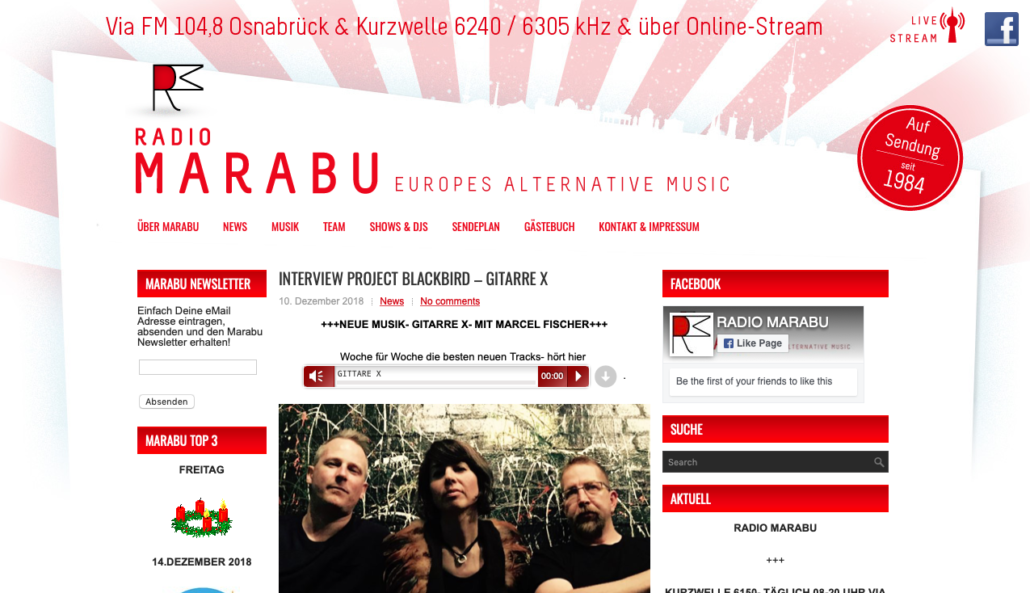 I can’t think of a more generous opportunity for a band than having its full-length album played in its entirety on the radio, with each track punctuated by commentary from one of the band’s members. Which is exactly what our musikalische Freunde von Radio Marabu have offered us with their “TrackByTrack Albumspecial” featuring Endurance, first […]

In trying to promote our own work, we’ve had the pleasure and privilege of discovering like-minded platforms such as the Lost on Radio Spotify Playlist and Lost on Radio Podcasts presented by Mark Knight of Right Chord Music. Knight describes Lost on Radio as “a weekly showcase of incredible new, undiscovered, and under appreciated music […] 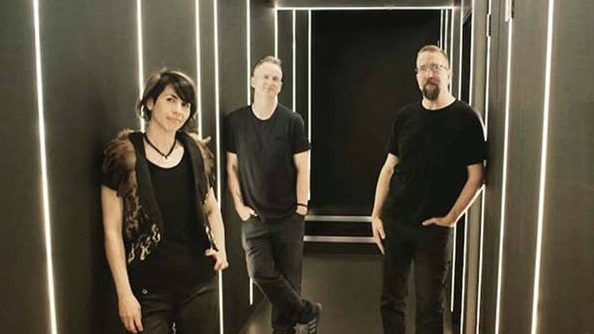 Turtle Tempo is a music discovery webzine and events promoter based in South East London that “prides itself on being fully committed to giving exceptional independent & alternative music artists the recognition that they deserve“.  Annie Rew Shaw’s excellent interview with us was published on February 6th, 2019: “Hailing from all across the globe, Project Blackbird […]

FM, shortwave, and online alternative music station Radio Marabu have quietly championed “Elevation” to the #1 slot on their playlist (“meistgespielten Tracks“), and on December 10th, DJ Marcel Fischer marked the occasion with an interview with Ming on his “Neue Musik” programme Gitarre X (listen to the edit below, or the full show here).  Vielen dank […] 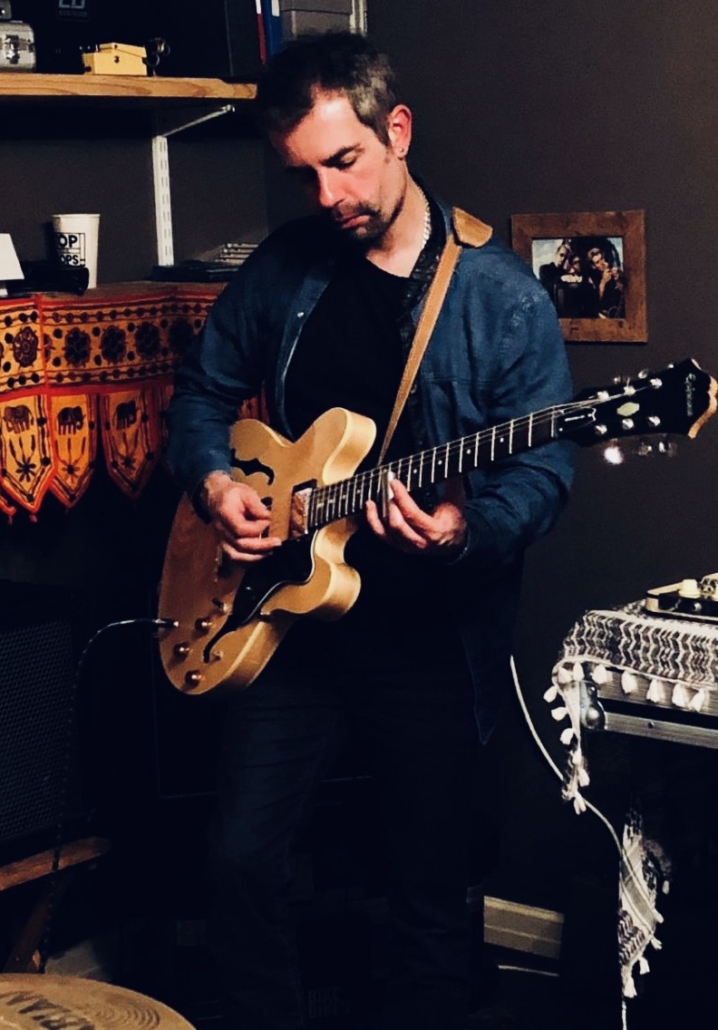 We’d like to give a warm and belatedly public welcome to Jamie Varley, who will be depping for Thure on those occasions when Thure is in Denmark, and who will be a valued fifth band member/jack-of-all-trades when Thure is here. Jamie’s first gig with Project Blackbird will be at More Coffee Co in Melton Mowbray on November […]

“Elevation” featured on The BBC Introducing Mixtape with Tom Robinson – 01.10.18 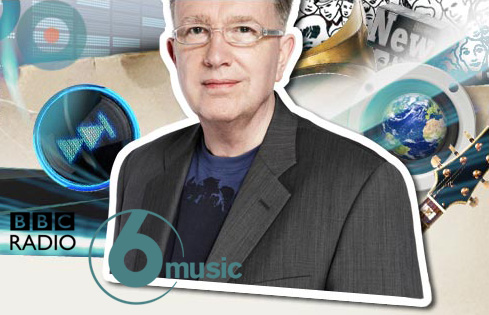 We’re delighted and honoured to announce Project Blackbird’s debut on the BBC: since Tom Robinson chose “Elevation” as one of his “Fresh Faves” last week, he also included it on his Introducing Mixtape, which was broadcast in the wee hours of this morning (October 1st, 2018).  A podcast of the hour-long show is available for […] 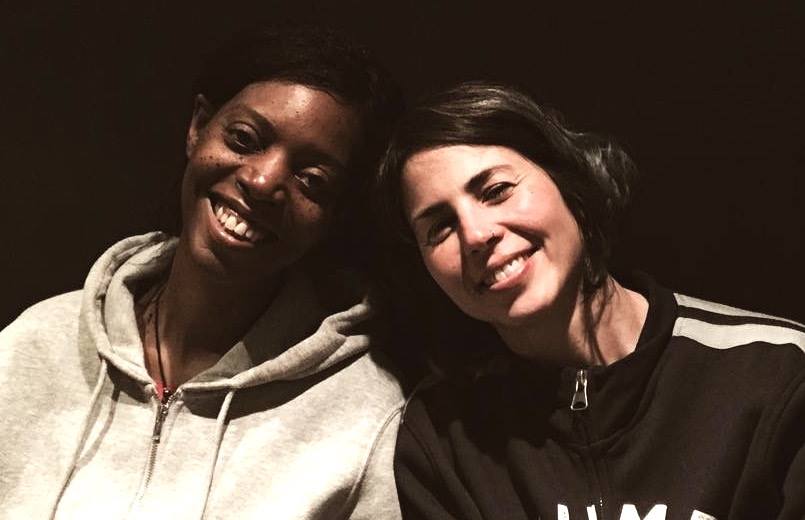 We would like to acknowledge the very sad and untimely passing of our friend Joycelyn ‘Bebberley’ Harris. Jon and Thure were lucky enough to play with her in various band incarnations respectively, including The Pressure Tenants, Uptown Ska Collective, and Joycelyn and the Dots; and we were honoured to have her as a guest vocalist […] 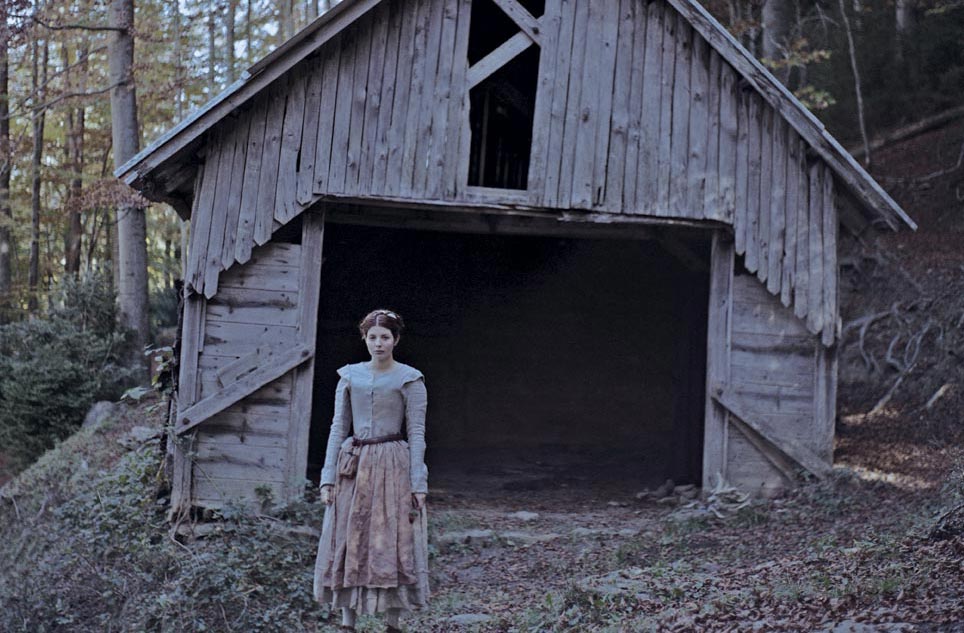 If you’d like to know more about the talented young Catalonian photographer who took the striking photo, “Wilderness”, that adorns the cover of our album, then please go to Helena Aguilar Mayans’ website. We are indebted to her vision and are grateful that she agreed to share it with us. 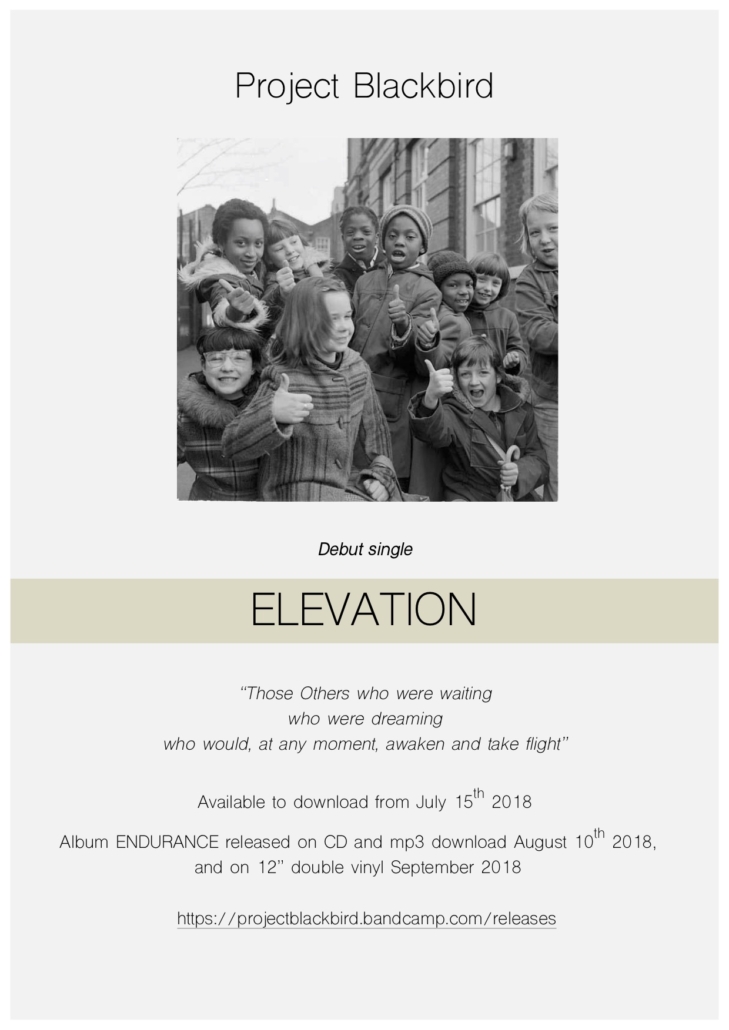 Quotes, paraphrases, and inspiration are courtesy of Michelle Obama’s speech at the Democratic National Convention in Philadelphia, July 26th 2016.  “When they go low / We go high“. 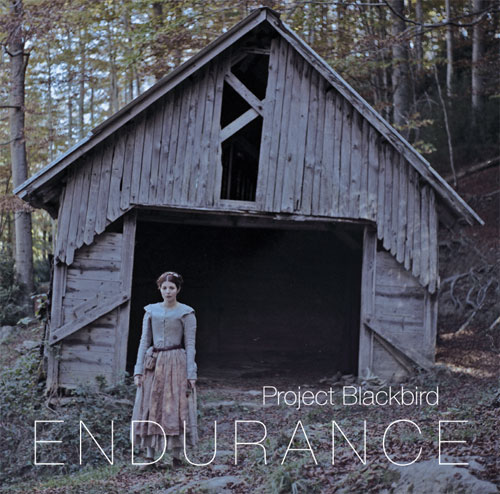 Welcome to the new website dedicated to Project Blackbird. Keep up to date with all our news here, and enjoy the journey….